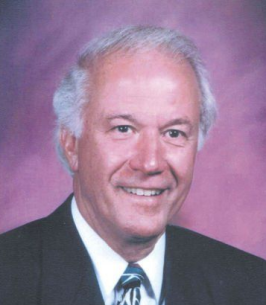 Robert L. Del Signore, 82, of Neshannock Township passed away the evening of January 12, 2021 at UPMC Jameson.

Born on September 8, 1938 in New Castle he was the son of the late Joseph and Frances Del Signore

On May 17, 1969 Bob married his beloved wife, the former Kay Wasserman. She survives at home.

Bob had been the former owner and operator for many years of Desco Supply. He served his community as a former Lawrence County Commissioner for eight years. Bob was a well- known local Businessman and Developer. He was very involved in many local county charities and non-profit organizations, serving on the board of many local organizations including Past President of the New Castle YMCA and the Lawrence County Economic Development Board. Bob was honored as a recipient of the Jack Butz Humanitarian Award. Bob was a wine connoisseur and enjoyed fine wines. He also enjoyed gardening and traveling. A loving husband, father and grandfather, Bob’s greatest joy was the time he spent with his family, especially his grandchildren.

In addition to his parents, Bob was preceded in death by two brothers, Mario Del Signore and Joseph Del Signore.

A private service will be held for the family at the Ed & Don DeCarbo Funeral Home & Crematory, 3000 Wilmington Road.

Entombment will be in Castle View Memorial Gardens.