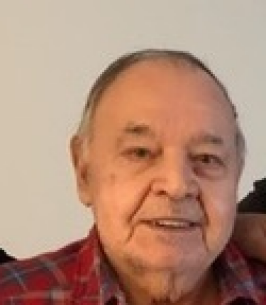 Bartholomew (Bart) Nuzzo, 86, of New Castle passed away the afternoon of July 9, 2021 at UPMC Presbyterian.

Born on November 21, 1934 in New Castle he was the son of the late Salvatore (Sam) and Rose Masello Nuzzo.

Bart is survived by his beloved wife, the former Mary Alice (Tootsie) Frank who he married on October 1, 1960.

In the early years Bart worked as a milkman for twenty-five years. He later worked for Penn Power until he retired.

Bart proudly served his country as a member of the United States Army.

He was a member of Holy Spirit Parish, St. Vincent de Paul Site.

In his younger years Bart enjoyed playing softball and baseball. He loved watching sports on television. A loving husband, father and grandfather, Bart’s greatest joy was spending time with his family and visiting with friends and neighbors.

In addition to his wife, Bart is survived by his children, Anthony J. Nuzzo and his wife Cynthia, Mark A. Nuzzo and his girlfriend, Jonna Massanova all of New Castle, his brother, John Nuzzo of New Castle, and two sisters, Rosemarie Giancola of Boardman, OH and Cecelia Perrotta of Pulaski, PA, and five grandchildren.

A Funeral Service will be held on Wednesday at the funeral home at 11:00 a.m. Pastor John Owens of Victory Family Church will officiate.

Burial will be in Parkside Cemetery.